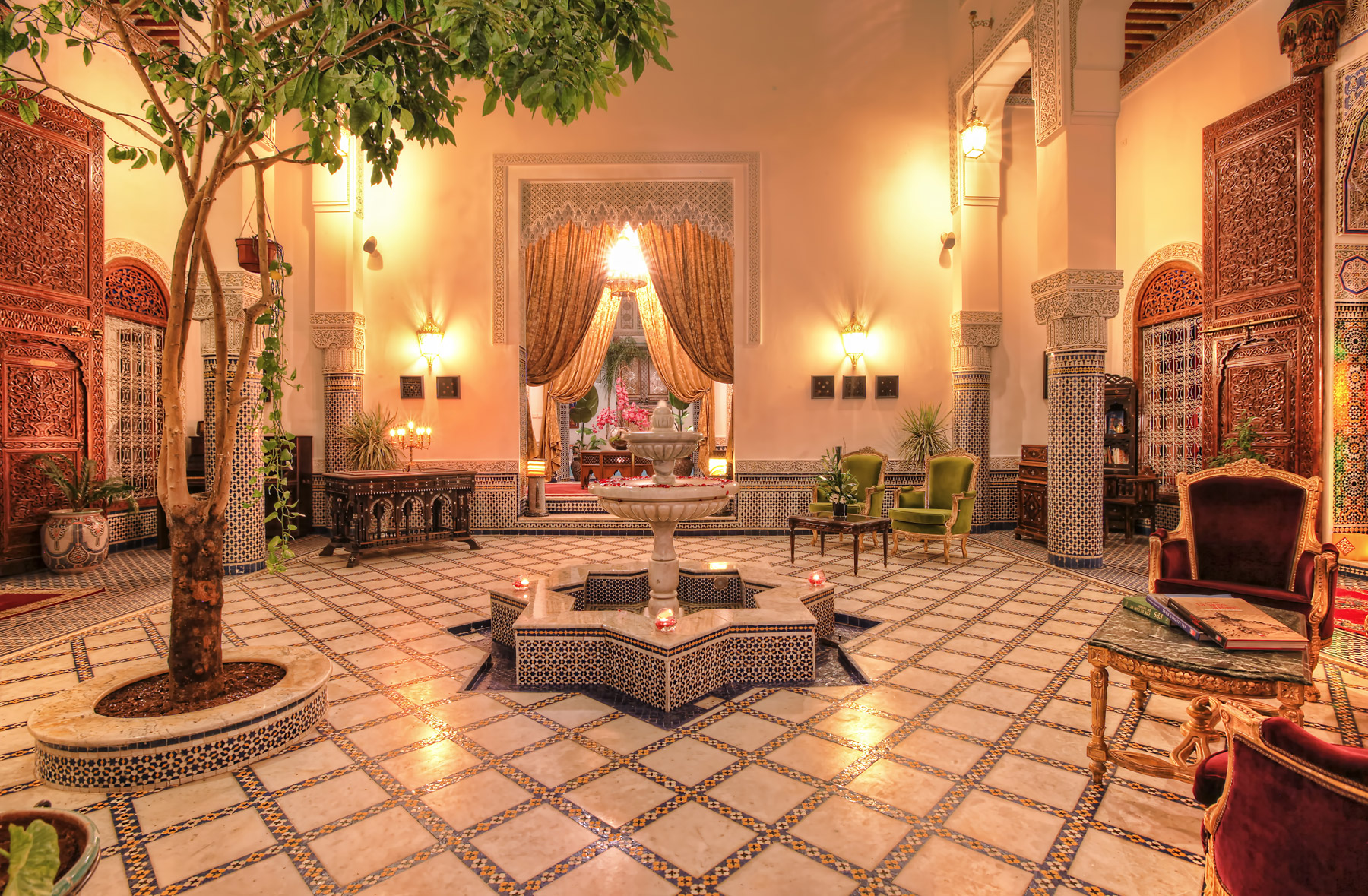 Moroccan living quarters are planned with a courtyard in the center with  loggias, (alcoves) off to the sides where the family could relax in the shade and still enjoy the azure blue skies.  They are called Dar (house) or Riad (garden).   The design of a courtyard home was for very practical purposes; the threat of sandstorms as well as the heat of the day made it impractical to have the home open to the elements.  The current design evolved over thousands of years.

Amazing as it may seem, the open courtyard creates an micro-climate. During the night, cool damp air forms at the ground level and slowly enters the rooms as fresh cool air. During the day, the sun heats the walls and helps make the rooms warmer at night. It definitely impacts the influence of sand storms which pass over the house. Many have a retractable roof in the event of rain or really cold weather.

The courtyard gives the family total privacy while giving the children a safe place to play as an extension of the house. The family may also sleep in the courtyard on hot summer nights because of the cooler air coming down.

The houses in the medina are built around courtyrads. However, the Dar has a simple patio, maybe with a few plants or a fountain.

By contrast a riad has a courtyard large enough to have a garden or at least be planted with a tree.

Dars are more common in coastal cities or towns from Tangier to Casablanca, as here the climate is not so ideal for a riad. It is more usual to find riads in the major cities and towns of inland Morocco.

They are both located in the medinas which will have you staying closer to the history of the town as well as the activities of the souks.

Both the Dar and Riad were originally built with steps down to the courtyard. If your Dar or Riad is flat from the entrance it was either built or remodeled after the late 1700’s to accommodate modern plumbing.

Now that you know there is very little difference, basically a fountain or a garden, now let’s talk about all they have in common if you should stay in one or the other. Both most offer private rooms. They have great cooks and while you are having your breakfast or supper, remember that you are eating traditional Moroccan foods. During your stay, you will be treated as family because you are, indeed, a guest in their home.

Regardless of where you stay, you will be having an authentic Moroccan experience! 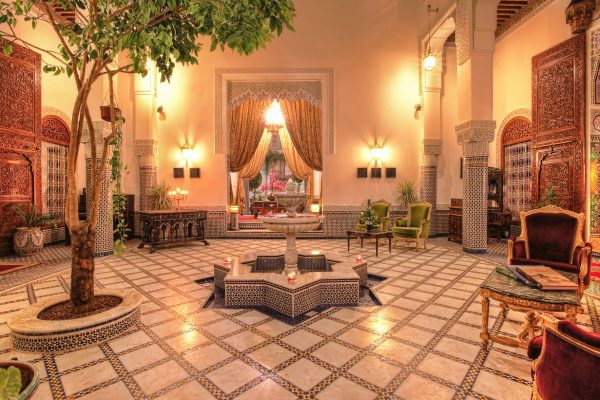 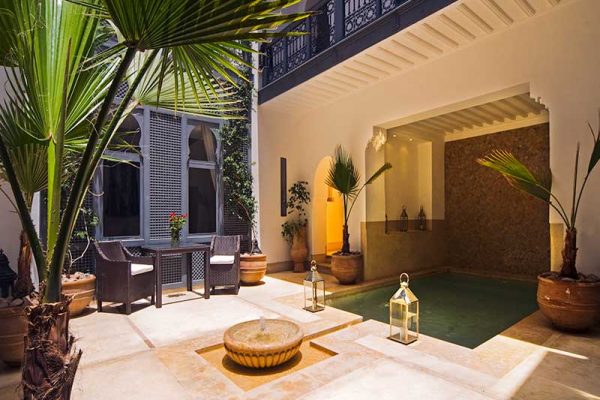 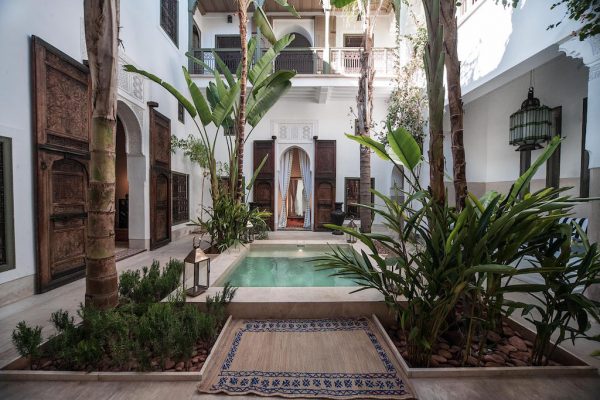 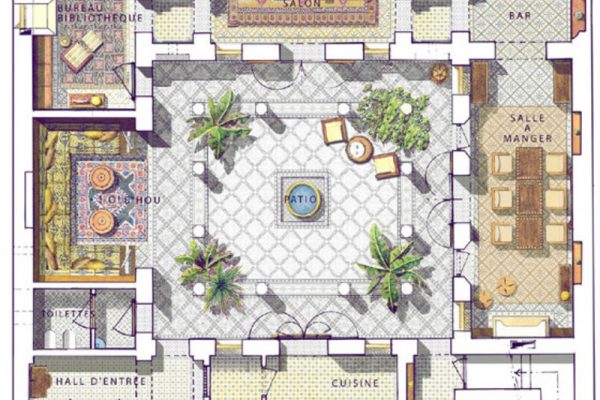 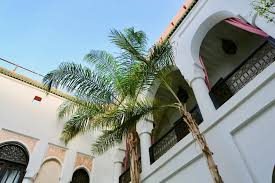 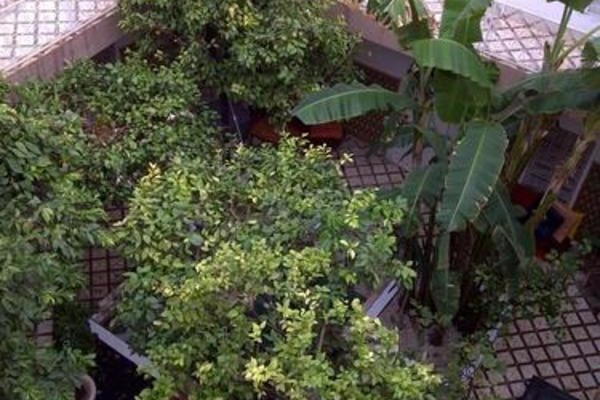 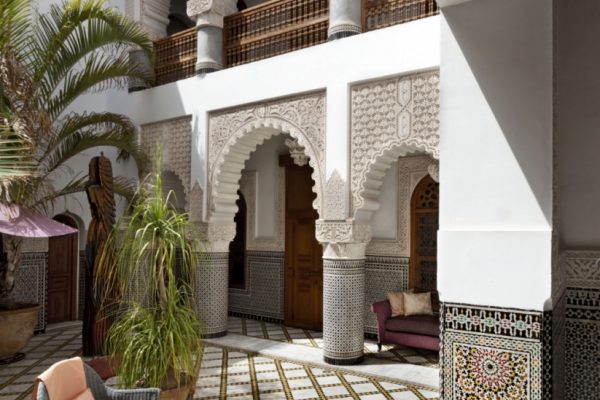 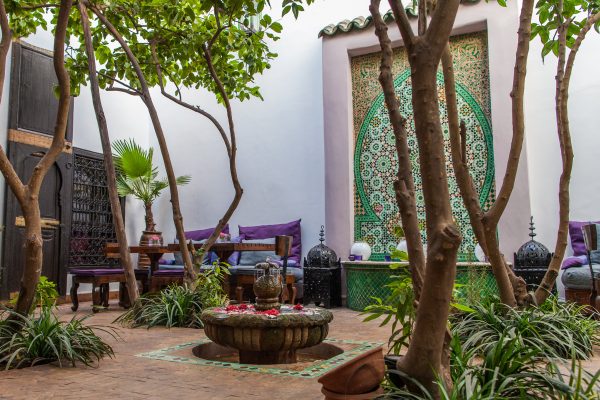 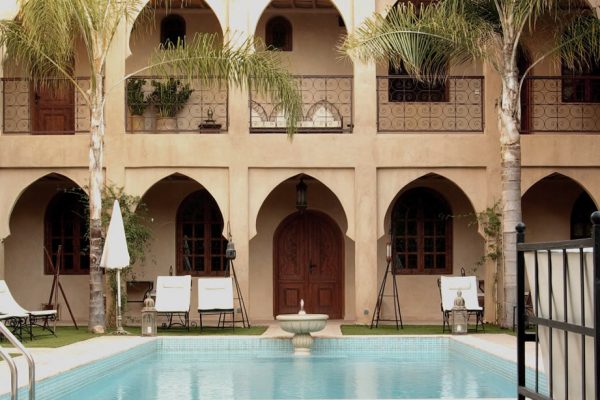