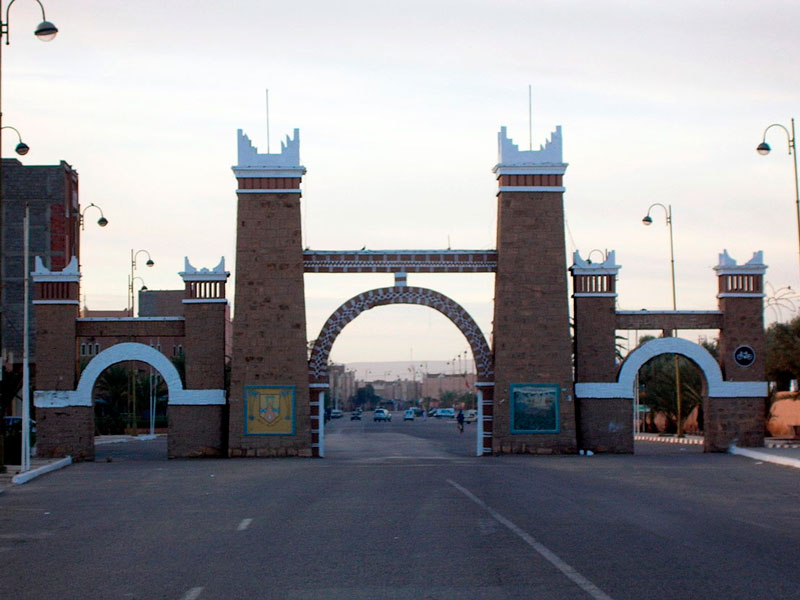 Zagora ‎ is a town in the Draa River valley in the Drâa-Tafilalet region of southeastern Morocco.

It is flanked by the mountain Zagora from which the town got its name. Originally it was called ‘Tazagourt’ the singular of plural ‘Tizigirt’ , Berber for ‘twinpeaks’, referring to the fortress of the Murabitun, or Almoravid, people. In old European maps the mountain Zagora is already indicated but the town itself was only built in the 20th century. On the top of the Zagora mountain the remains of an Almoravid fortress can still be seen. The exact location of the former Almoravid mosque is still a matter of dispute. Each year the moussem (festival) of the Sufi saint moulay Abdelkader Jilali is celebrated at Zagora. Languages spoken in the city include Moroccan Arabic, Tachelhit and Tamazight. A sign at the town border states “Tombouctou 52 days”, the supposed time it takes to get to Timbuktu, Mali on foot or camel. The original sign have been replaced by a mural painting.

Zagora is also noted for international events such as the Zagora Marathon and the Nomads Festival in M’Hamid.