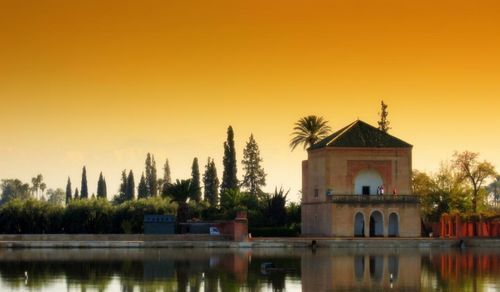 Morocco is considered the 5th safest country among the tourist destinations studied, tied with Japan and Canada according to a ranking established by the British magazine “Which? Travel”, with a score of 6.1.

It should be noted that the ranking is based on the crime rate of the destinations studied, the risk of natural disasters, health threats and the risk of terrorist attacks.

Marrakech has just been designated African Capital of Culture 2020, a showcase of today’s urban Africa, highlighting the diversity of African cultural expressions, announced on Friday in Marrakech, the Mayor of the ochre city, Mohamed Larbi Belcaid.

In 2020, Marrakech, this thousand-year-old city doubly inscribed on the universal heritage list, first through its medina since 1985 but also Jamaa Lafna Square as an intangible heritage in 2001, will bear the colours of African culture, he welcomed.

As a world-renowned tourist destination, Marrakech has an important hotel, tourist, event, sports and cultural infrastructure that is very dense, as evidenced by the fabric of museums, traditional and contemporary art centres, he said.

The African Capitals of Culture, which will be launched for the first time, see themselves as a major event, anchored and managed in Africa and radiating internationally. It is an initiative that brings together and promotes the expertise, know-how and skills on the continent and in the diaspora that make up today’s Africa and shape tomorrow’s world.