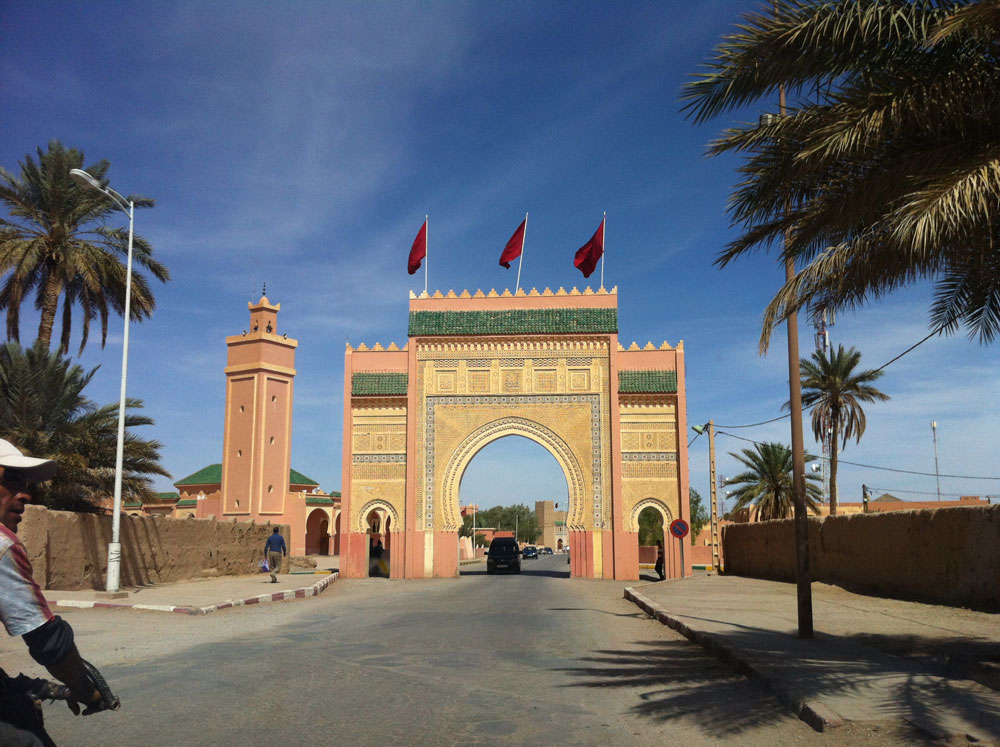 Rissani is a town in Errachidia Province in eastern Morocco, located near Erfoud. It is the closest town of significant size to the Erg Chebbi, the largest sand desert in Morocco. Its population in 2004 was 20,469.

The mausoleum of Moulay Ali Cherif, third great-grandfather of Moulay Cherif, founder of the Alaouite Dynasty of Morocco, is located on the southern edge of town.

Rissani is the ancient capital of Tafilalet. Its location as a crossroads between north and south gave the city a certain importance in previous times.

A former major caravan center, Rissani remains a major commercial center in the region, with a large souk, particularly lively on Tuesdays, Thursdays and Sundays. It is noted for its leather and goat skin trading.

when you are in Rissani city there are a lot of things to see and to enjoy your time too and many surprises waiting for you and many questions come to your mind. in Rissani you can see : a lot of ksours for examples Moulay Ali chérif mausoleum: When you go through the big gate ornamented by green ceramics and topped by a dome you will find on your right the big room that shelters the tomb of moulay ali cherif. The first founder of the Alaouite dynasty. This mausoleum was rebuild in 1965 after having been destroyed by a rise in the water level when the ZIZ river was in spate the sacred precinct has a wide yard, a patio and picturesque mosque . Ksar el fida: It s situated at about 4 km on the north east of Rissani its the most important and at same time the most ancient of the alaouite ksars in the Tafilalet however. Its worth mentioning that the genesis of the ksar dates back to the reign of king moulay Ismail to house his son king moulay abdellah, but the ksar was reduced to rubbles and ruined except for the high outside walls and the tours which were built of muddy earth. The ksar was rebuilt under the reign of moulay abd al rahman but this time at about eight hundred metters at south east of the first site. Ever since the ksar had preponderant roles in directing the policy of region and at times its served As residential palace of the Khalifa or Caid of the Tafilalet and this up to 1965. Henceforth the ksar was a Makhzanean domain and is still an architectural patrimony.

Visit the 3 day weekly Rissani souk (market) – Sunday, Tuesday, and Thursday – meet wandering traders, nomads, Berbers and Arabic desert dwellers who come to sell all kinds of clothing, wares, plants, spices and vegetables, and animals. You can see what wild plants people gather and use as medicine; plus the sheep market, donkey market, and bird market.