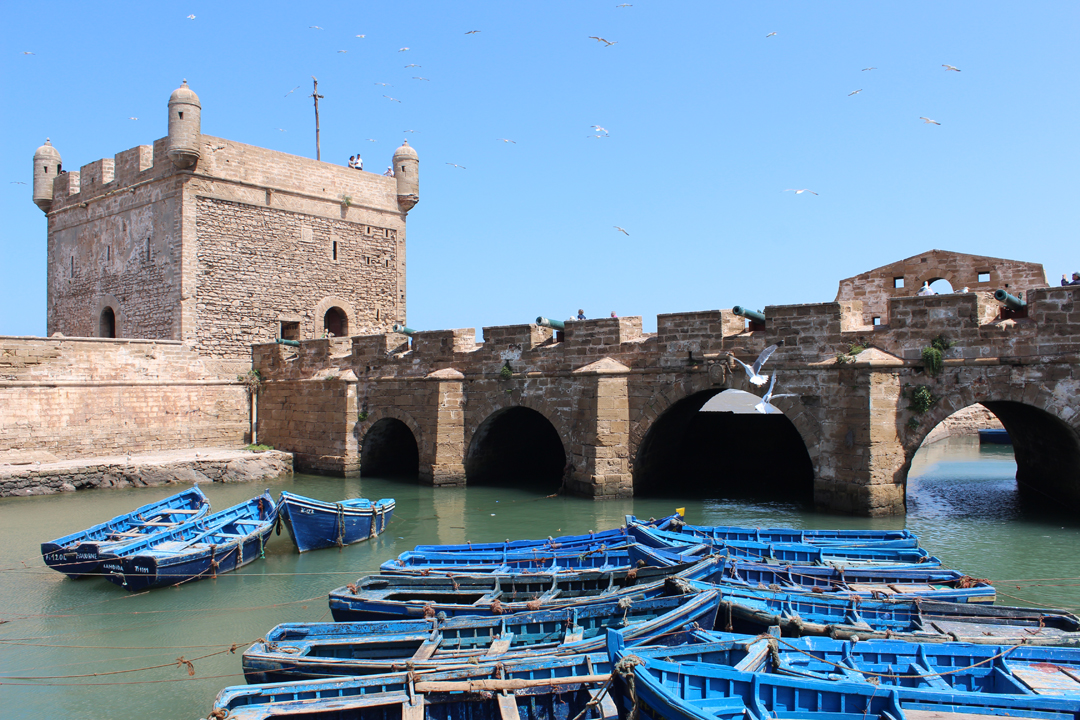 It is the coastal wind – the beautifully named alizee, or taros in Berber – that has allowed Essaouira (essa-weera, or es-sweera in Arabic) to retain its traditional culture and character. For most of the year, the wind blows so hard here that relaxing on the beach is impossible, meaning that the town is bypassed by the hordes of beach tourists who descend on other Atlantic Coast destinations in summer. Known as the ‘Wind City of Africa’, it attracts plenty of windsurfers between April and November, but the majority of visitors come here in spring and autumn to wander through the spice-scented lanes and palm-lined avenues of the fortified medina, browse the many art galleries and boutiques, relax in some of the country’s best hotels and watch fishing nets being mended and traditional boats being constructed in the hugely atmospheric port.

Essaouira’s walled medina dates from the late 18th century and was added to Unesco’s World Heritage list in 2001. It is an outstanding and well-preserved example of European military architecture in North Africa. For the visitor, the narrow streets, souqs, street vendors, leafy plazas and whitewashed houses with ornate wooden doors make it a wonderful place to stroll. Dramatic, wave-lashed ramparts surround the medina and were famously used in the opening scene of Orson Welles’ 1951 film Othello.

Down by the harbour, this bastion offers picturesque views over the fishing port and the Île de Mogador. Looking back at the walled medina from here, through a curtain of swirling seagulls, you’ll get the same evocative picture that is used on nearly all official literature.

Just off the coast to the southwest is Île de Mogador, which has some interesting structures. It’s actually two islands and several tiny islets – also known as the famed Îles Purpuraires (Purple Isles) of antiquity. The uninhabited islands are a sanctuary for Eleonora’s falcons, which can be easily seen through binoculars from Essaouira beach.

Essaouira’s large working port is noisy, pungent and hugely atmospheric. Along with the flurry of boats arriving and departing, nets being repaired and the day’s catch being landed, you can see traditional wooden boats being made. The boatbuilders supply fishing vessels for the entire Moroccan coast and even as far away as France, as the design is particularly seaworthy. It’s also worth visiting the fish auction, which takes place in the market hall just outside the port gates.